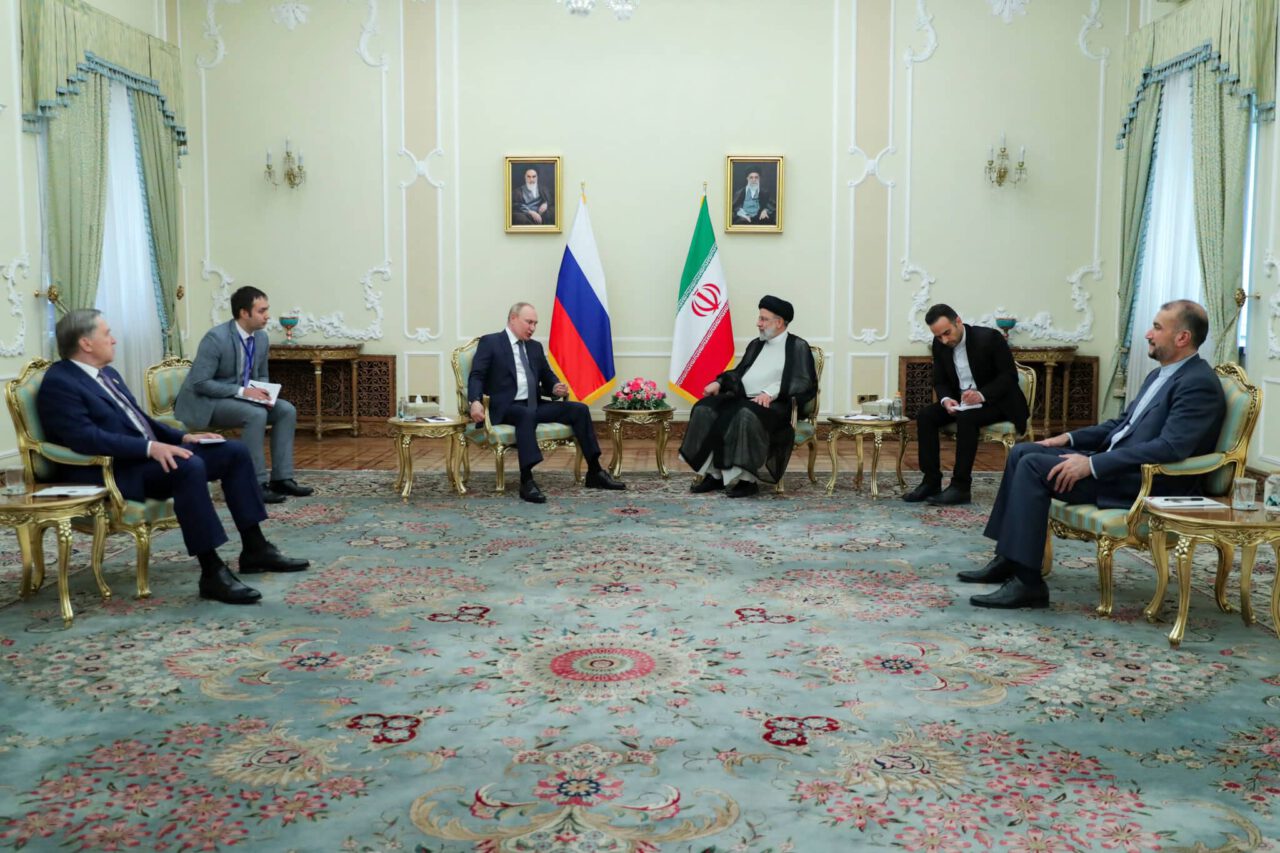 Version of the Iranian Government:

Vladimir Putin, who travelled to Iran to participate in the tripartite meeting of the Guarantor Countries of the Astana Process, after arriving in Tehran, met with the President of the Islamic Republic of Iran Ayatollah Dr Seyyed Ebrahim Raisi.

In this meeting, while reviewing the latest state of relations between the two countries, which has grown significantly in the recent period, the two sides expressed their satisfaction with the leap in bilateral relations, especially in the fields of economy, security, infrastructure, energy, trade and industry, and expressed their determination for the continuation of this path and its strengthening.

At the same time, the two sides, while recalling the joint successes in countering terrorism, emphasised the necessity of developing cooperation in new regional and extra-regional fields and announced their serious will to strengthen the security of independent countries in the region.

In this meeting, Ayatollah Raisi called the will of the two countries to develop bilateral relations remarkable and said, “After meetings in Moscow and Ashgabat, the process of cooperation has been growing and this process should be strengthened”.

Referring to the history of successful cooperation between the two countries in the fight against terrorism in Syria, the President described this cooperation as a basis for strengthening security and stability in the region, and added, “The countries in the West Asian region who claimed to fight terrorism did not take any effective steps in this regard, but it was the Islamic Republic of Iran and Russia that showed their sincerity and determination in this field by serious cooperation in the fight against terrorism”.

In this meeting, Russian President Vladimir Putin, while expressing his satisfaction at being in the hospitable land of Iran, announced the increase of cooperation between the two countries in various fields, especially in the field of international security, and said, “Iran and Russia have a very big contribution in solving the Syrian crisis”.

Ayatollah Raisi, Vladimir Putin and Recep Tayyip Erdoğan will participate in the seventh summit of the Guarantor Countries of the Astana Process hosted by the Islamic Republic of Iran.