Russia and Iran double down on their strategic partnership 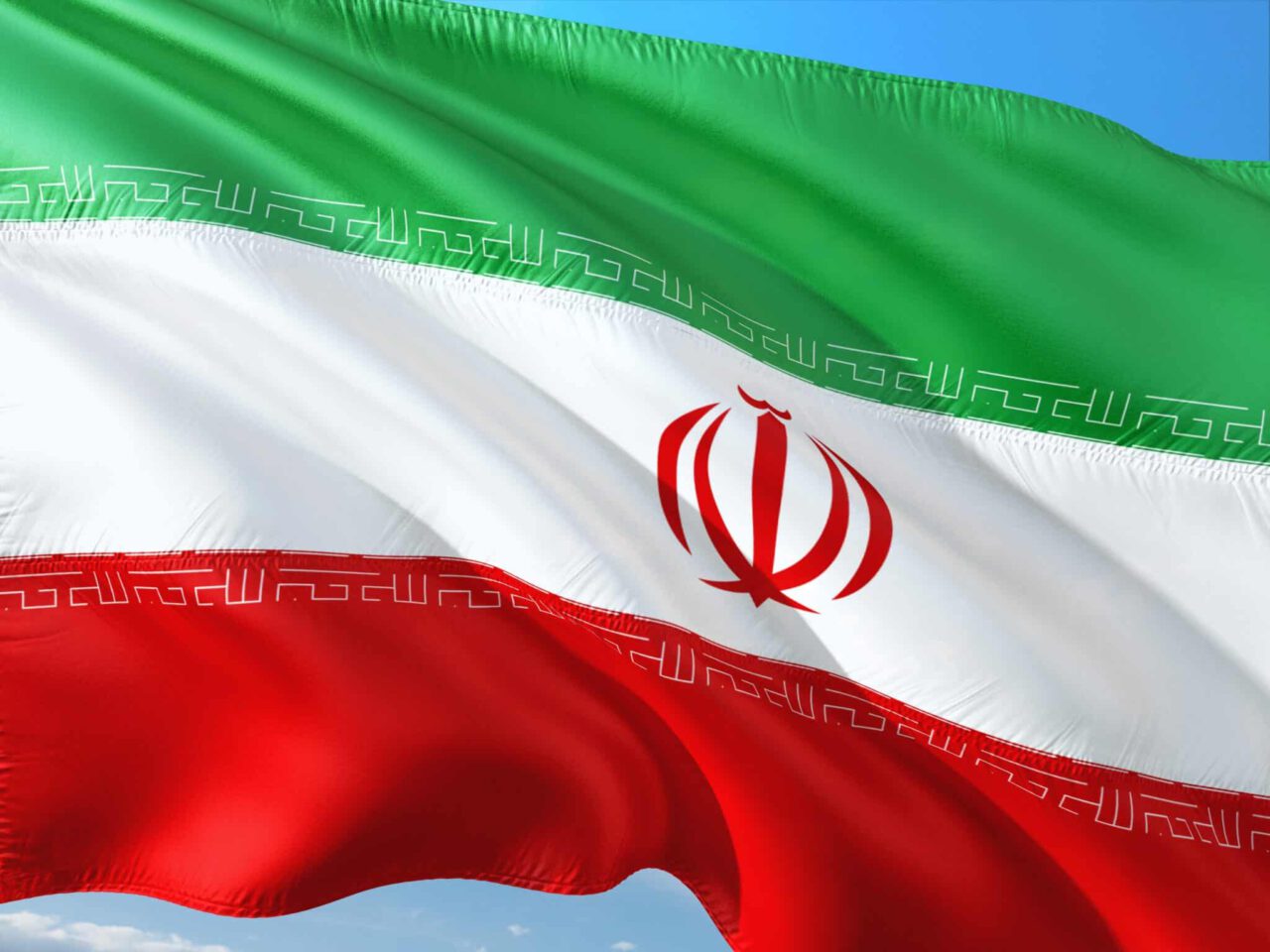 Russia and Iran have expanded their strategic partnership since Russia invaded Ukraine. Photo by jorono on Pixabay

Nicholas Carl, Kitaneh Fitzpatrick, and Katherine LawlorCoproduced by the Institute for the Study of War and AEI’s Critical Threats Project

[Notice: The Institute for the Study of War and AEI’s Critical Threats Project frequently cite sources from foreign domains. All such links are identified with an asterisk (*) for the reader’s awareness.]

Russia and Iran have expanded their strategic partnership since Russia invaded Ukraine in February 2022. Senior Russian and Iranian officials have met frequently in recent months to boost cooperation and sign economic and military agreements. Moscow and Tehran have long cooperated when their interests have aligned, especially in opposing the US in the Middle East, but their recent engagements highlight more concerted efforts to strengthen their partnership. Presidents Vladimir Putin and Ebrahim Raisi *have *spoken *at least *four times since the invasion began—more than either individual has engaged most other world leaders. Putin visited Tehran in July 2022, marking his first foreign travel outside the territory of the former Soviet Union since the war began. These interactions reflect a deepening and potentially more balanced relationship wherein Russia is no longer the dominant party. This partnership will likely challenge US and allied interests in Europe, the Middle East, and around the globe.

Russia and Iran are working to increase bilateral commerce, trade, and the use of non-dollar currencies. Russian and Iranian officials have agreed to the following in recent months:

Iranian officials also *announced that they were transferring goods from Russia to India via an Iranian transit corridor for the first time in July 2022.

Expanding bilateral trade and doing it without the US dollar are long-standing Russian and Iranian goals. One could easily overstate the significance of these agreements before they materialize. Nevertheless, Moscow is seemingly pursuing these efforts more urgently, likely in response to growing global isolation and international sanctions.

Iran is pursuing greater economic engagement with Belarus as well. The Iranian industry minister *signed agreements on automobile manufacturing, medicine, and transportation in Minsk on July 29. The agreements between Iran and Belarus underscore Tehran’s willingness to support Minsk despite international sanctions. The West *has *sanctioned both the Russian and Belarussian automobile industries.

Iran—likely with Russian support—may be trying to enhance its cooperation with the Union State, which is a supranational organization through which the Kremlin has sought to integrate Belarus with Russia, particularly their economies and militaries, with mixed results. The Iranian industry minister announced in Minsk that Iran would finalize a comprehensive cooperation agreement with Belarus in the next year. Iran has pursued similar agreements with China, Russia, and Venezuela in recent years, reflecting its strategic alignment with revisionist powers against the US and its allies.

Russia and Iran have increased their military cooperation in Ukraine, Syria, and Venezuela in recent months.

Ukraine. Iran is providing weapons and possibly conducting cyberattacks to support the Russian invasion of Ukraine. Iran agreed to provide some of its most sophisticated military drones, such as the Shahed-129 and Shahed-191, to Russia for use in Ukraine. A senior Ukrainian official claimed on August 5 that the Kremlin had received 46 drones thus far, and Western media has indicated that Iran could provide up to 300 total. An unidentified US official claimed on August 9 that Russian personnel are currently in Iran training to use the drones.

Putin is likely providing Iran with sophisticated military platforms in exchange for the drones. Russia launched a Kanopus-V satellite on behalf of Iran on August 9. The satellite allows Tehran to collect high-resolution satellite imagery to support its external military operations and attacks on US and partner forces in the Middle East. The Kremlin may also provide Iran with fourth-generation fighter jets, such as the Su-35, allowing the Iranian armed forces to operate a modern air force. Unconfirmed social media reports suggest that Russia is training Iranian pilots and technicians on operating Su-35s. It is unclear whether Moscow has functional military aircraft to spare, but part of the recent Russia-Iran aviation agreement includes sending Russian aircraft to Iran for maintenance, repairs, and technical support.

Iran may have also organized a cyberattack to support Russia against NATO. A hacking group, Farigh al Tahereh, conducted a denial-of-service attack against Romanian websites, including the Romanian border guards’ website, on July 15. Iranian state media *has described Farigh al Tahereh as an “Iraqi resistance group”—terminology usually reserved for Iranian proxies. Farigh al Tahereh is likely either the cyber wing of an Iranian proxy in Iraq or a front group for the Islamic Revolutionary Guards Corps (IRGC). Iran may have targeted the Romanian border guards to threaten Europe with an overwhelming influx of migrants or refugees driven by the Russian invasion of Ukraine and consequent global food shortages.

Syria. Moscow and Tehran may be coordinating to replace Russian units with Iranian and Iranian-backed forces in Syria. The Kremlin has reportedly *drawn down its forces in Syria in recent months to send reinforcements to Ukraine, leaving a security vacuum for the IRGC to fill. Supreme Leader Ayatollah Ali Khamenei *met with Syrian President Bashar al Assad on May 8, reportedly to *discuss transferring Russian positions to Iran and its proxies. IRGC Commander Hossein Salami *paid his first known visit to Syria sometime in July 2022, likely to coordinate and oversee these transfers.

Venezuela. Russia *has organized military exercises with Iran, China, and other countries to take place in Venezuela from August 13 to 27, likely as a show of force to the United States. China, Iran, and Russia have increased their joint military exercises in recent years, but this upcoming exercise will be the first in the western hemisphere, demonstrating these countries’ ability to strike the American homeland in the event of a larger conflict.

Iran enjoys a stronger position than it had previously in this partnership. Russia has historically been the dominant party, but Iranian leaders have extracted military concessions from the Kremlin in recent months. Tehran has traditionally sought to purchase military technologies from Moscow rather than the inverse. The Kremlin fielding Iranian drones in Ukraine will showcase these platforms to other potential international buyers, further benefitting Iran. Furthermore, Russia has previously tried to limit Iranian influence in Syria but is now enabling its expansion.

These Russian concessions indicate a shifting power dynamic as Putin seeks economic and military support from a position of growing need. Mounting global isolation and the war in Ukraine are weakening Putin and forcing him to lean on Iran (and other revisionist powers) more heavily. Putin may seek to benefit from Iranian leaders’ experience operating under heavy international sanctions and building military systems with devalued currencies and limited access to foreign parts.

Deepening Russo-Iranian ties will almost certainly threaten US and allied interests in Europe, the Middle East, and around the globe. Iranian material support to Russia may help the Kremlin achieve some of its military objectives in Ukraine and eastern Europe. Russian support to Iran’s nascent military space program and air force could improve Iranian targeting and increase the threat it poses to the US and its partners in the Middle East. Growing Iranian control and influence in Syria will enable the IRGC from Syria to threaten US military bases in the Middle East and our regional partners, such as Israel and Turkey, more effectively. Finally, Moscow and Tehran will likely leverage their deepening economic ties to mitigate US sanctions.